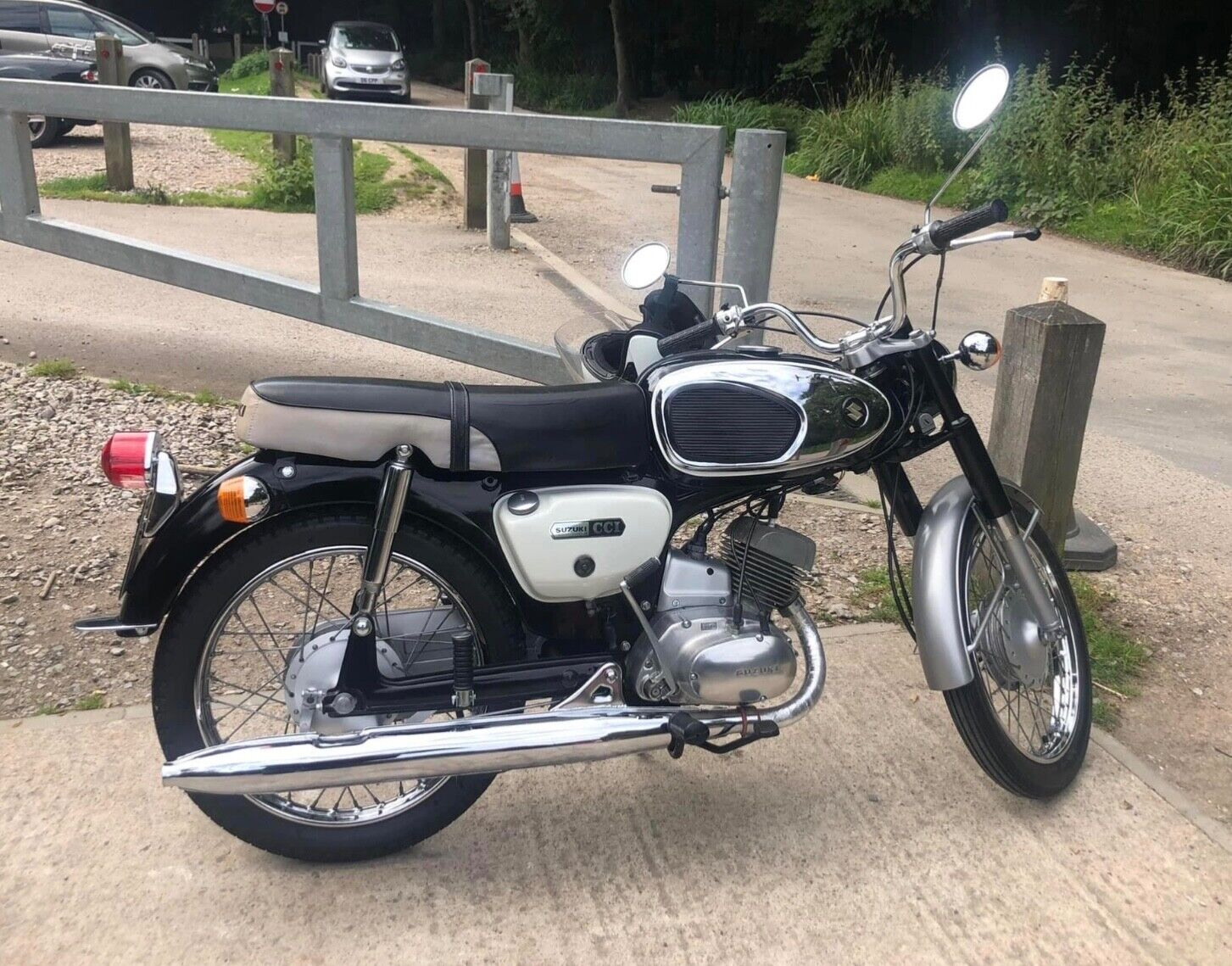 I am reluctantly selling my lovely 1973 B120 two stroke as I have too many bikes and I rarely use it. I did it up during the pandemic, not to a professional standard, but using many new parts and it looks nice and it goes well. The bike has just over 8,000 on the clock which I believe to be correct. I haven’t touched the engine as it runs well and the only thing that needs attention as far as I am aware is that it has dim lighting. Apparently that is a common problem. The brake light and indicators work fine. The paint job is from a rattle can and it looks presentable but I had a local paint shop do the tank so it wouldn’t react to petrol spillage. New parts fitted include the wheel rims (nos), the inner tubes, the tyres, the handlebar levers, the headlamp shell (nos), the filler cap (nos), the rear fender tip (nos), the carb covers (nos), the LH Chrome Tank Panel (nos), the headlamp rim (nos), the battery, the stand springs, the footrest rubbers, the whole rear light unit, the indicators (nos), the rear shocks, the passenger footrests, the exhaust pipe (custom made), the silencer (nos and super rare!), the LH Chrome engine cover (nos), the mirrors and most likely more! I’ve lost count but it cost a fortuneThe front mudguard is original, but painted silver. The Chrome covers on the forks are original and would look better replaced with new or rechromed if you are fussy. The Seat cover is original and nice as are the spokes which were carefully removed and reused when the wheels were rebuilt by Hagons. That fact alone testifies to the low original mileage as most bikes will have rusty spokes by now.